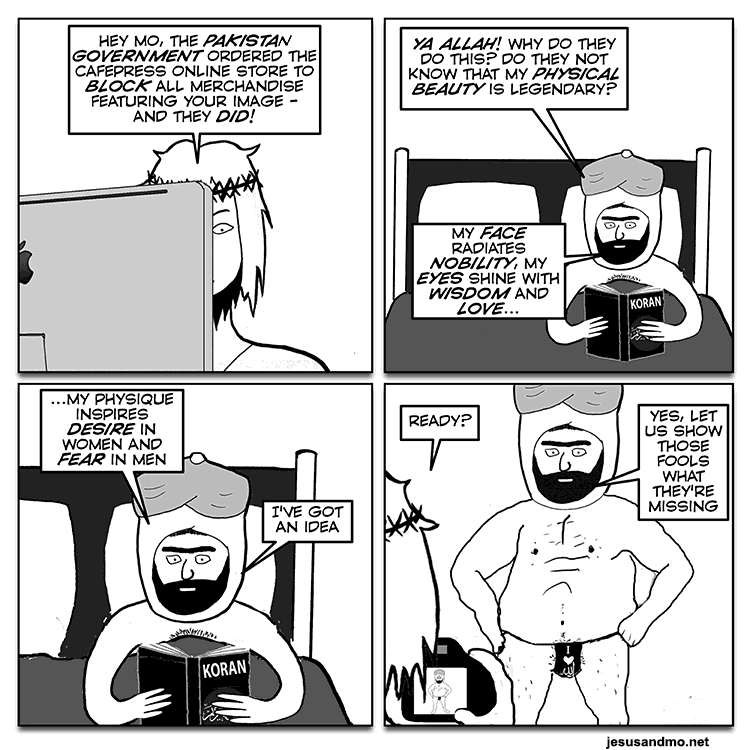 As Jesus reports, after 15 years of selling J&M merchandise, CafePress got a notice from the Pakistan Telecommunication Authority telling them to take down all store items featuring images of Mo. We never made a lot of money from the CafePress store (a 2-figure sum paid out every year or two), but it was nice to offer t-shirts, mugs etc to people who wanted them. Will let you know if we find an suitable alternative outlet who won’t buckle at the first hint of protest from a censorious government.

In the meantime, if you’d like to support the comic by other means, please consider becoming a Patron. If you can spare a dollar or two a month, it really helps to keep us going: