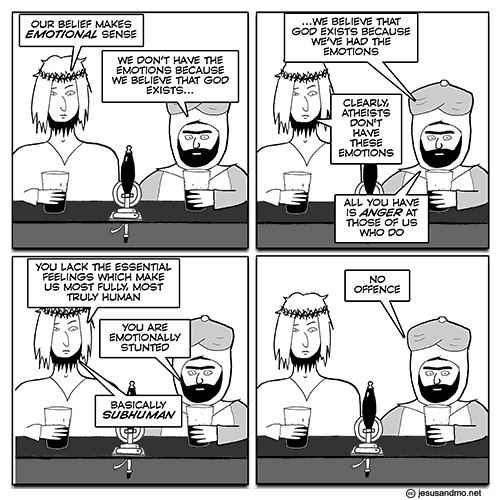 Thanks to this week’s guest scriptwriters, Francis Spufford, and Cardinal Cormac Murphy-O’Connor. (NOTE: edited to add the Cardinal, as the comic does not accurately represent Spufford’s view, which the guest scriptwriting credit implied).