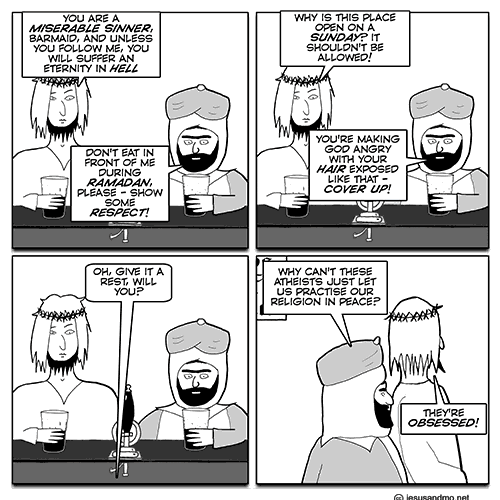 Hat tip to The Thinking Atheist.

UPDATE: A minute after this was posted, this story appeared in my Twitter Banglalore’s Barwomen Ordered to Wear Decent Clothes.