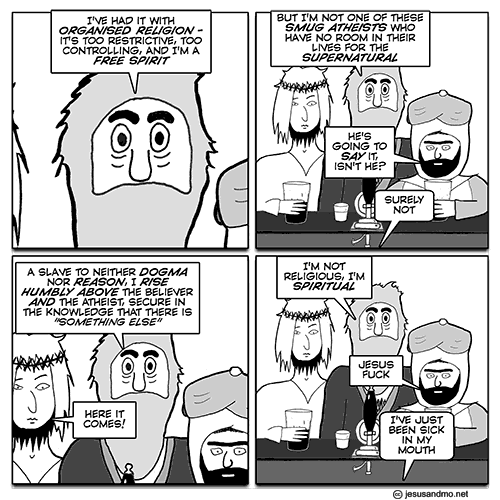 He rises humbly above all of us poor suckers.

A slightly adapted resurrection from 2009 today. Inspired originally by an old article by Greta Christina.