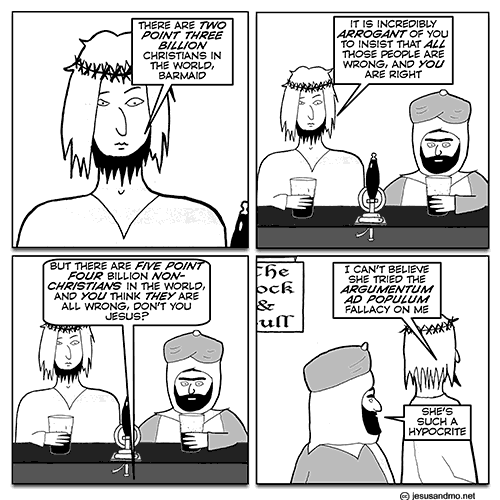 Mo got exactly the same treatment 10 years ago. They never learn.

Congratulations to Eoin from Dublin on winning this month’s raffle – a signed copy of the soon-to-be-published Volume 8 of Jesus & Mo.