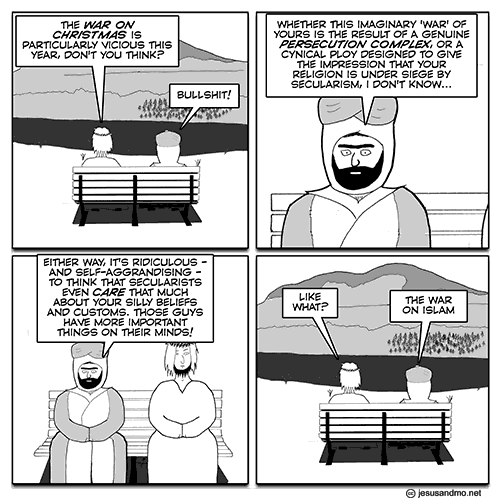 We will not rest until both Christmas and Islam are annihilated.