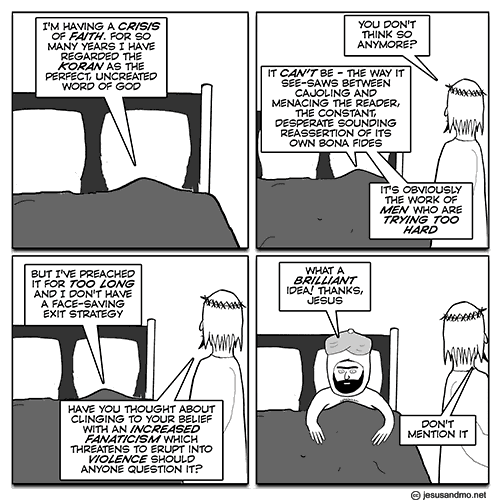 If we’re wrong and the Koran really is what it claims to be, then we must conclude that Allah is the original “try-hard wanker”.