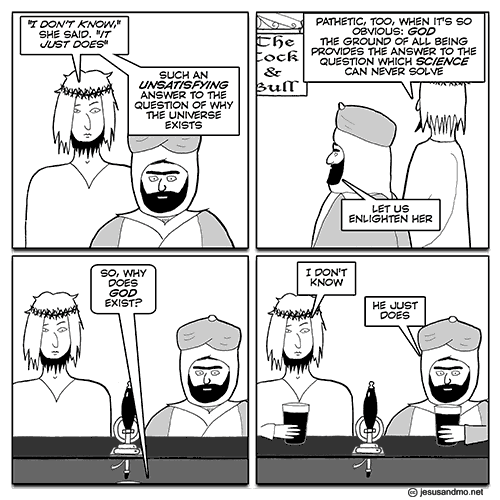 Tip of the hat to WEIT.

Congratulations to Patreon supporter WW from London, the winner of this month’s raffle prize (a signed J&M book).

└ Tags: argument from first cause