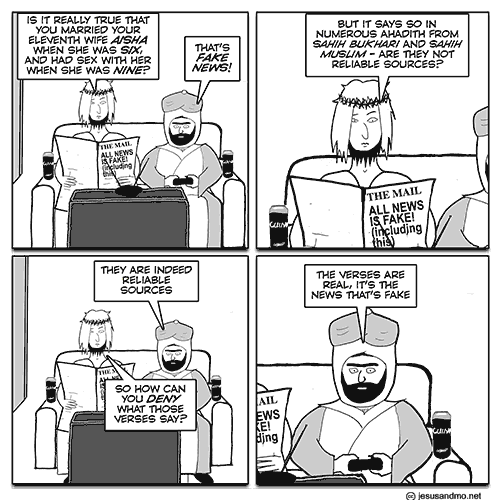 This month’s raffle winner is Barbara from Newport Pagnell. She wins a signed, dedicated copy of the most recent J&M collection, Wrong again, God boy.

If you want to join in the monthly raffle fun, or you just enjoy the comic and want to help keep it going, you can become a Patron by going here:

Thanks for reading J&M!