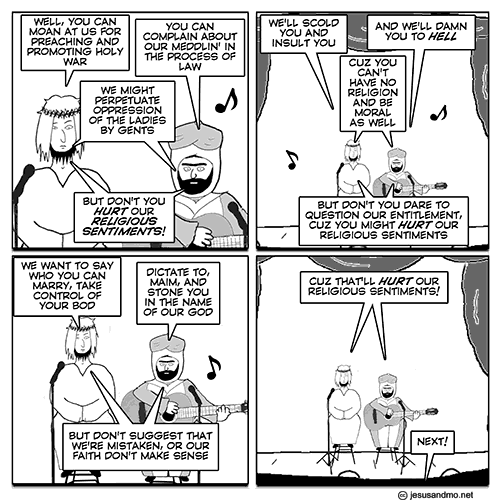 There have been a lot of hurt religious sentiments recently. It’s such a shame.