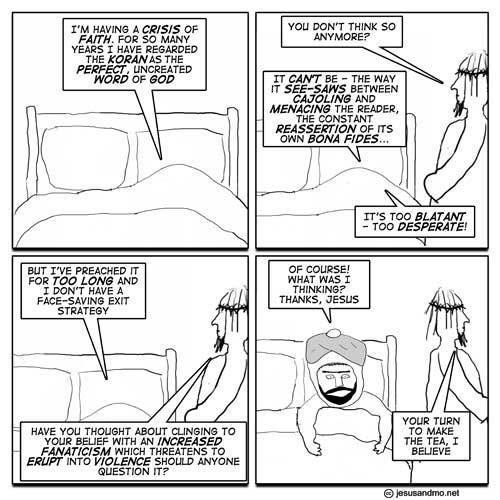 Jesus and Mo are taking the rest of August off. See you soon.