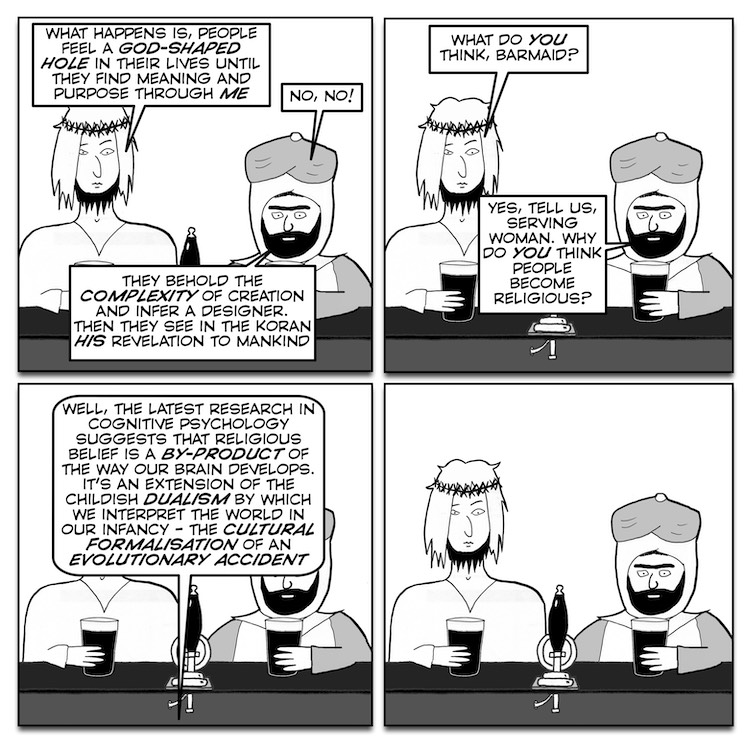 Self-isolating today, so unable to make it in to the comic factory. Hence the flashback to December 2005, and the first time the Barmaid ever spoke to the boys.

Normal service will be resumed next week, insh.

EDIT: If you’re wondering where the Barmaid got her theory from, I believe this article from The Atlantic is a likely candidate: https://www.theatlantic.com/magazine/archive/2005/12/is-god-an-accident/304425/