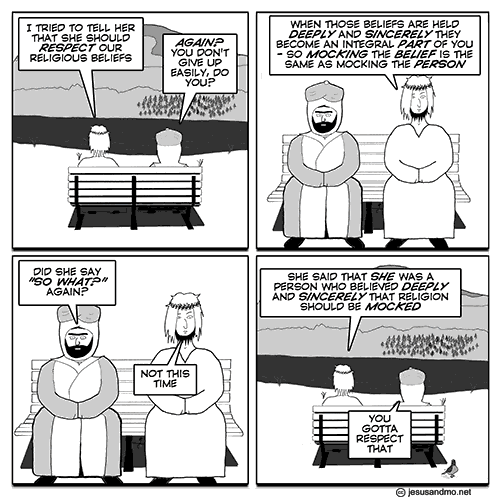 A resurrection from Feb 2008 today, on the topic of blasphemy. Today, Oct 10th, is Day of Agreement, an event organised by the Council of Ex-Muslims of Britain and One Law for All to highlight the absurdity of blasphemy laws. A great idea, you have to agree.