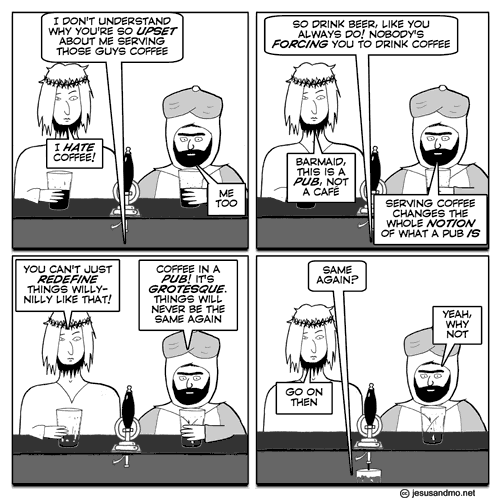 It’s not the coffee; it’s the act of drinking coffee which is abominable.

Many thanks to today’s guest scriptwriter, Cardinal Keith O’Brien.